Recently I have started doing relief work at a special needs school for 5-21 year olds. I have been having the best time getting to know the students, staff, and learning more about special education as a whole. My introduction to working in this area started early in my final year of high school, when my friend and I both got chosen for the role of Tuakana (peer support) of our school’s Special Needs Unit. Initially, we were both a little nervous, but quickly found a passion for these students and the work that the unit does on a day to day basis. We regularly attended music therapy classes, and visited them during our study breaks. It was a lot of fun.

That’s how this relief work has been recently too! I’m serious here – yesterday I went to the playground and a childrens’ playland… I think I may have been enjoying myself more than the students? While at the play area before lunch, I was working with a particular boy, about 8 years old, who I’ll call “Leo”. Now Leo has very low vision, hearing, and needs a bit of support to walk, but none of this phases him at all. I watched him in awe as he weaved his way around the inside and outside of the playground; going through tunnels, over the bridge, climbing up platforms, all by feel. Later we took Leo on the seesaw, where he was all smiles.

At playland I shadowed a different student, and we tackled the big slide together. At first he was pretty nervous, but by the end he was loving it, going down five times, and telling absolutely anyone who would listen: I went down the slide! 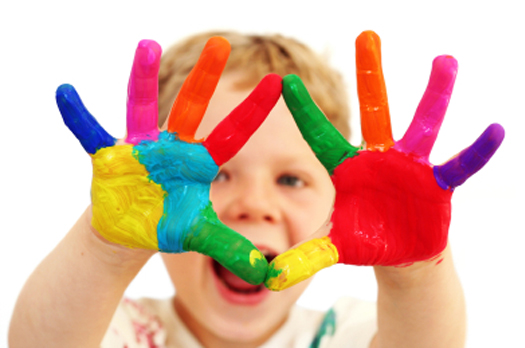 Earlier this week, on the Thursday, I met another child at school, who I’ll call “James”. Anyway, James has a wheelchair and is non-verbal, though he communicates by a device which has a number of common phrases and words. He operates this by first listening to the different audio choices which play in an earpiece, and making a selection by pushing his cheek against a button by his head. That day, I hadn’t had as much interaction with him as the other students, but when I was asked to wheel him outside, the best thing happened. He had a full blown laughing fit. The other teachers explained to me that it was the wind he found so hilarious. The wind. Of all the things, having the wind hit James’ face gave him such immense joy. I find this fascinating: here I am, a person who has dealt with depression – the numbness, dementor-esque misery -and I witness this kid who finds absolute glee in the blowing of a breeze.

My experiences at the school so far have reiterated the simple joys of life. These students are exceptional, they are diverse, and they are all teaching me so much about how to live.

Of course these students’ needs are different to most and there is a lot of extra work that goes on where independence is lacking, but it is so worth it. These kids aren’t burdens. I can’t speak from a parent’s perspective obviously, but I believe that these children truly enrich the lives of those around them. They are fun, they are smart, and they are silly, and they are people.

These students don’t deserve exclusion. My eyes were opened when I saw how parents playing with their children at the playground promptly left as our school group approached. Do they think their child will catch something? I think there is so much value in socialising neurotypical children (ie “normal” as some might put it) with neurodiverse children. Parents need to get educated and stop being so… I don’t know? Nervous? Hesitant? Prejudiced? Discriminatory?

I feel so lucky to have a firm passion and idea of what I want to devote my life to doing. I just wish others would drop the stigma attached to “special needs” people, and see them for who they are. No expectations. It’s okay to feel uncomfortable about it, especially when it’s all new. It’s never okay to discriminate.

View all posts by bohemianhumanist

What are you searching for?