This is probably the most public I’ve ever been about my loss of faith; I suppose you can’t get any more public than the internet. While my first post on this blog, God is Good?, has a grumpy, cynical tone towards religion, that is not an accurate depiction of how I view the subject at all.

Fairly well-known among family and friends is my 8 or so year long stint with Protestant/Evangelical Christianity, but once I finally distanced myself from this initial spirituality, I discovered a lot: not only about myself, but about other religions, their similarities and differences.

I have to mention first though, that losing my faith was one of the hardest (but most necessary) experiences of my life. It’s interesting; anyone who has never been religious cannot really ever understand how it feels to have your worldview, values, and doctrine ripped out from underneath your feet. It doesn’t matter if it is by your own conclusion or not, losing a religion is painful and traumatic. Look up “Religious Trauma Syndrome” – it’s a real thing (though I don’t believe I suffered to that severity). At the same time though, there is a beautiful, cathartic freedom that comes from detaching oneself from a fairly closed and damning mindset.

The unraveling of my Christian faith began early last year, going into my final year of high school. I will say though that around age 15 I tried to leave the faith but was far too overwhelmed and scared to do so – due to the perceived effect I thought it might have on some of my friends and church community. On a related note, I recently stumbled across some emails between twelve-year-old me and a friend, about god. I was so intrigued by my doubtfulness about faith, even then. (I have omitted the friend’s responses for their privacy.)

22/08/2010
Wow…what am I talking about???I am usually content with my life, but right now I feel horrible…Maybe we are wrong? Maybe there is no God. This sounds horrible and I feel bad. I can never share my feelings when I’m upset, because I don’t want other people to get sad as well. I’m not even making sense.

22/08/2010
But it’s frustrating, because I had it, and then I lost it. You have a point. But I can’t believe in something just because other people do. I have to find it for myself. Trust me, I’m looking, but I feel badly influenced in the opposite direction, because everyday I’m surrounded by non-Christians. Why has it all gone away? When will it come back?

Yep, twelve-year-old me had some pretty heavy reservations about the whole god concept. I am surprised by my articulation at that age, also! It’s amusing how melodramatic I sound, but I imagine at the time, these feelings were really significant and overwhelming. I have to wonder how my life would have been altered had I pulled out then and there and said nah, the whole Jesus thing isn’t for me aye. I probably would have cultivated different friends at high school, and been less uptight and closed off around matters of drinking, sex, drugs et cetera. More worldly, as one might put it.

So, I digress. I’ll get back to my title post, The Beauty of Religion, and unpack that a bit further.

Late last year was the beginning of my exploration of other religions – they had ultimately been taboo in my mind as a Christian – because they were the wrong answer anyway, so why bother with them?

To be honest, I went into the Bhakti Lounge for yoga and for a yummy dinner – I had no idea what “Kirtan” was, but it preceeded the meal, so there was no point in leaving in between, only to come back in an hour. I had no idea what I was in for. It was absolutely eye-opening for me.

The Bhakti Lounge is a yoga centre, which also hosts vegetarian meals, and is part of Hare Krishna movement/religion. Kirtan itself is defined as: a devotional song, typically about the life of Krishna, in which a group repeats lines sung by a leader.

So there I was, sweaty after a class of yoga, ushered into a dimly-lit room set up with pillows, floor seats, and a live band with foreign-looking instruments I had never seen before. What proceeded was what I can only describe as a worship session to a god I didn’t know, by the name of Krishna. Everyone around me chanted the mantra of Hare Krishna over and over, lead by the kirtan leader. It was so strange for me to see such a strong spiritual connection in any context other than Christianity. But these people were having an intimate experience, in the same way that I previously would in Christian worship. The music was beautiful, and the mood was so calm; despite feeling like an outsider, I enjoyed spectating.

This experience lead me to really try to learn more about Islam upon moving to Bahrain. I was fascinated by the idea that other people could be so content and fulfilled in religions other than Christianity. That sounds naive, but I suppose the idea had never seriously occurred to me – they were just misguided and needed true salvation.

Since I got back home, I have also explored Buddhism and enjoyed learning about meditation. I do quite like the teachings of Buddha, or the Four Noble Truths, as they are known. 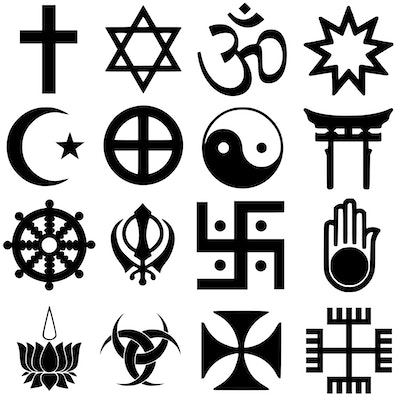 Jeez this is a mammoth post, but I’ll finish on this: religion, however outdated or irrelevant or illogical it may seem, has a lot to offer us. Perhaps not necessarily its doctrines and practices, but the spirituality aspect, and the self-reflection and introspection it demands. It is beautiful; and it is something I feel that many of us lack in the 21st century.

View all posts by bohemianhumanist

2 thoughts on “The Beauty of Religion”

What are you searching for?